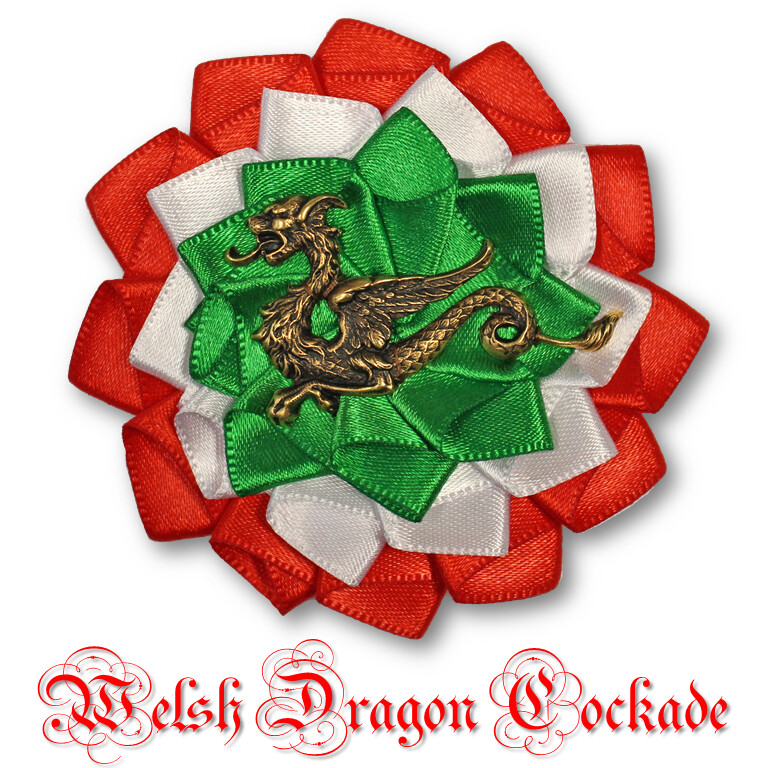 SKU 00539
$20.00
In stock
1
Product Details
The Welsh Dragon appears on the national flag of Wales. The oldest recorded use of the dragon to symbolize Wales is in the Historia Brittonum, written around AD 829, but it is popularly supposed to have been the battle standard of King Arthur and other ancient Celtic leaders. Its association with these leaders along with other evidence from archaeology, literature, and documentary history led many to suppose that it evolved from an earlier Romano-British national symbol. During the reigns of the Tudor monarchs, the red dragon was used in the English Crown’s coat of arms. The red dragon symbolizes all things Welsh.

Approximately 3" (7 cm) across rosette. Choose a pin back or ornament loop.