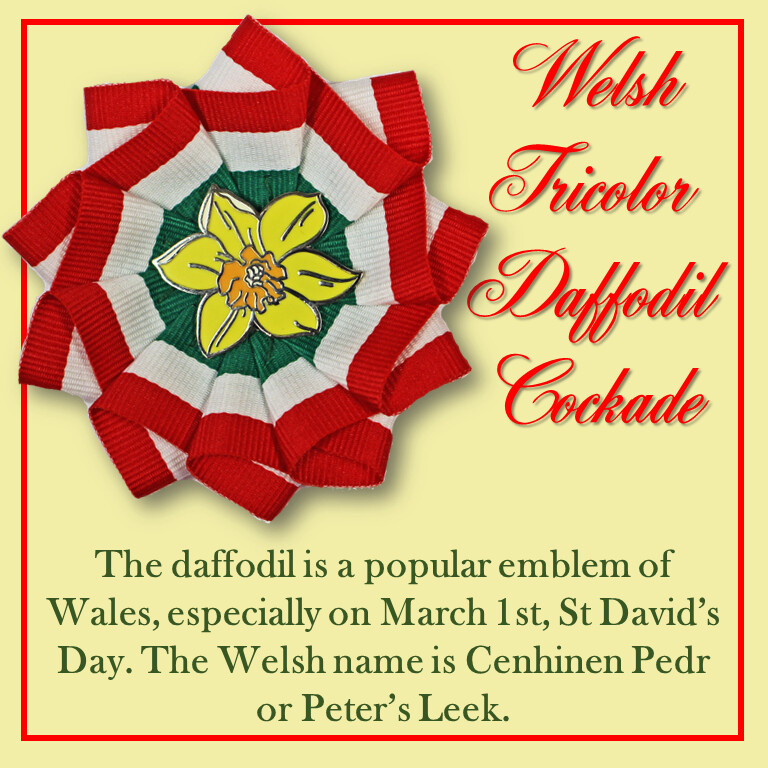 SKU 00540
$15.00
In stock
1
Product Details
The daffodil is a popular emblem of Wales, especially on March 1st, St David’s Day, and the Welsh name is Cenhinen Pedr or Peter’s Leek. Its association with Wales started in the 19th century, but became most famously associated with Wales in the early 20th century when the Welsh Prime Minister Minster David Lloyd George wore one on St David’s Day and at ceremonies to mark the investiture of the then Prince of Wales.

Approximately 2.5" (7 cm) across rosette. Choose a pin back or ornament loop.