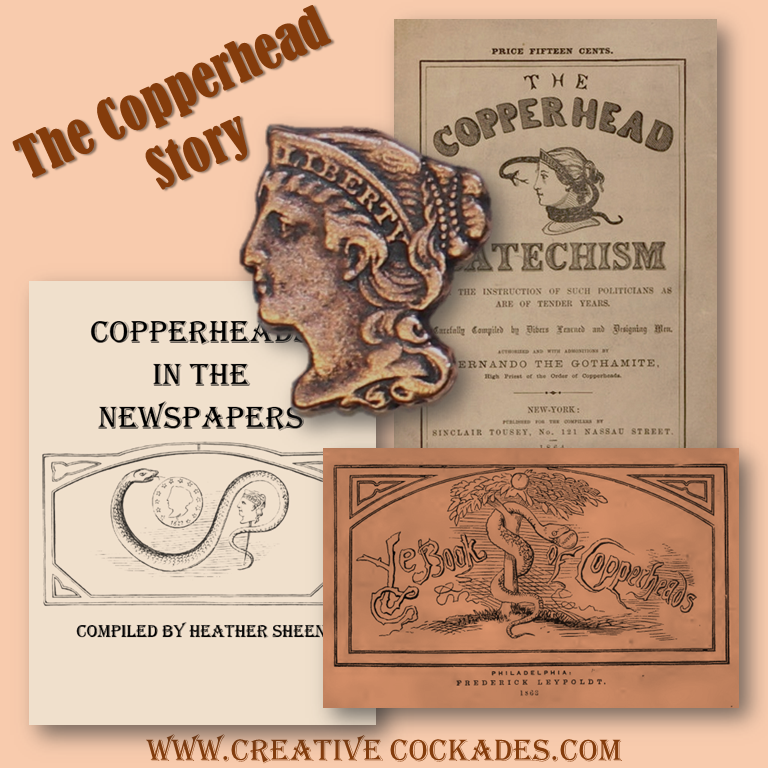 All the info you need to accurately portray - or heckle! - a Civil War Copperhead! A great historical overview of how Copperheads were viewed, both positive and negative, in the 1860s press.

NEED A BADGE TOO? You can buy one by clicking here.

THE STORY OF THE COPPERHEADS
Both men and women wore Copperhead badges in the 1860s. The Dayton (Ohio) Daily Empire described them. "The 'Copperhead' emblem, or 'Badge of Liberty,' 'mark it well,' is made of the head of the Goddess of Liberty, cut from a copper cent, with the word 'Liberty' stamped across the top of the cap."