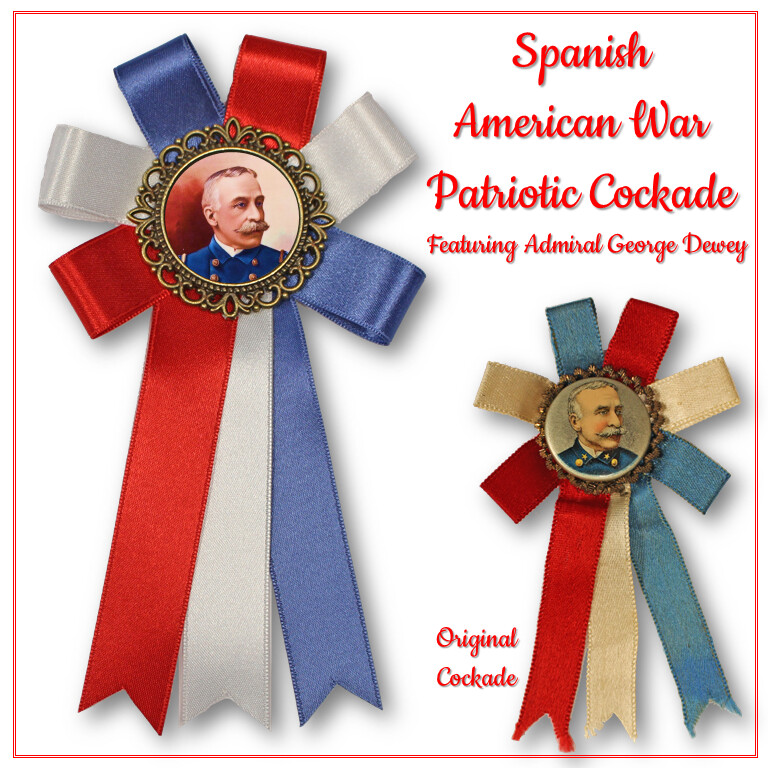 Join the patriotic fervor of 1898! This lovely cockade is based on an original in my collection (see image). Approximately 2.5" across, streamers are 3" long. Attaches with a silver-plated pin back.

The Spanish American War broke out in April 1898. Immediately after the beginning of the war, Dewey led an attack on Manila Bay, sinking the entire Spanish Pacific fleet while suffering only minor casualties. After the battle, his fleet assisted in the capture of Manila. Dewey's victory at Manila Bay was widely lauded in the United States, and he was promoted to Admiral of the Navy in 1903.