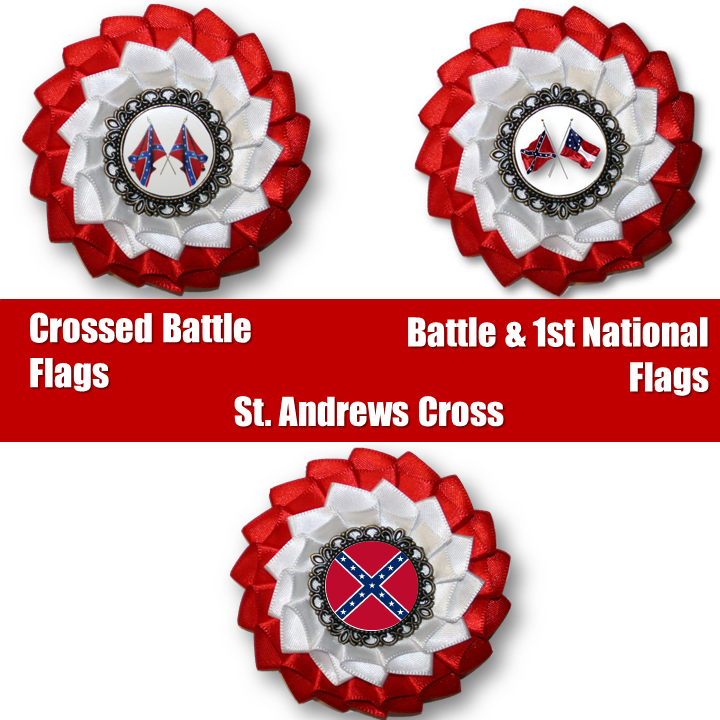 At the Battle of First Manassas, the similarity between the "Stars and Bars" (the official Confederate flag) and the United States flag led to confusion. So General Beauregard suggested that a new design be created. His aid, William Porcher Miles, already had made a design and this was eventually adopted as the battle flag of the Army of Northern Virginia.

Southerners and "Rebels" around the world have proudly flown the flag ever since!

In her own good land here she's been abused
She's been burned, dishonored, denied, and refused
And the government for which she stands
Is scandalized throughout the land

So we raise her up every morning, we take her down every night
We don't let her touch the ground and we fold her up right
On second thought, I do like to brag
'Cause I'm mighty proud of the Ragged Old Flag