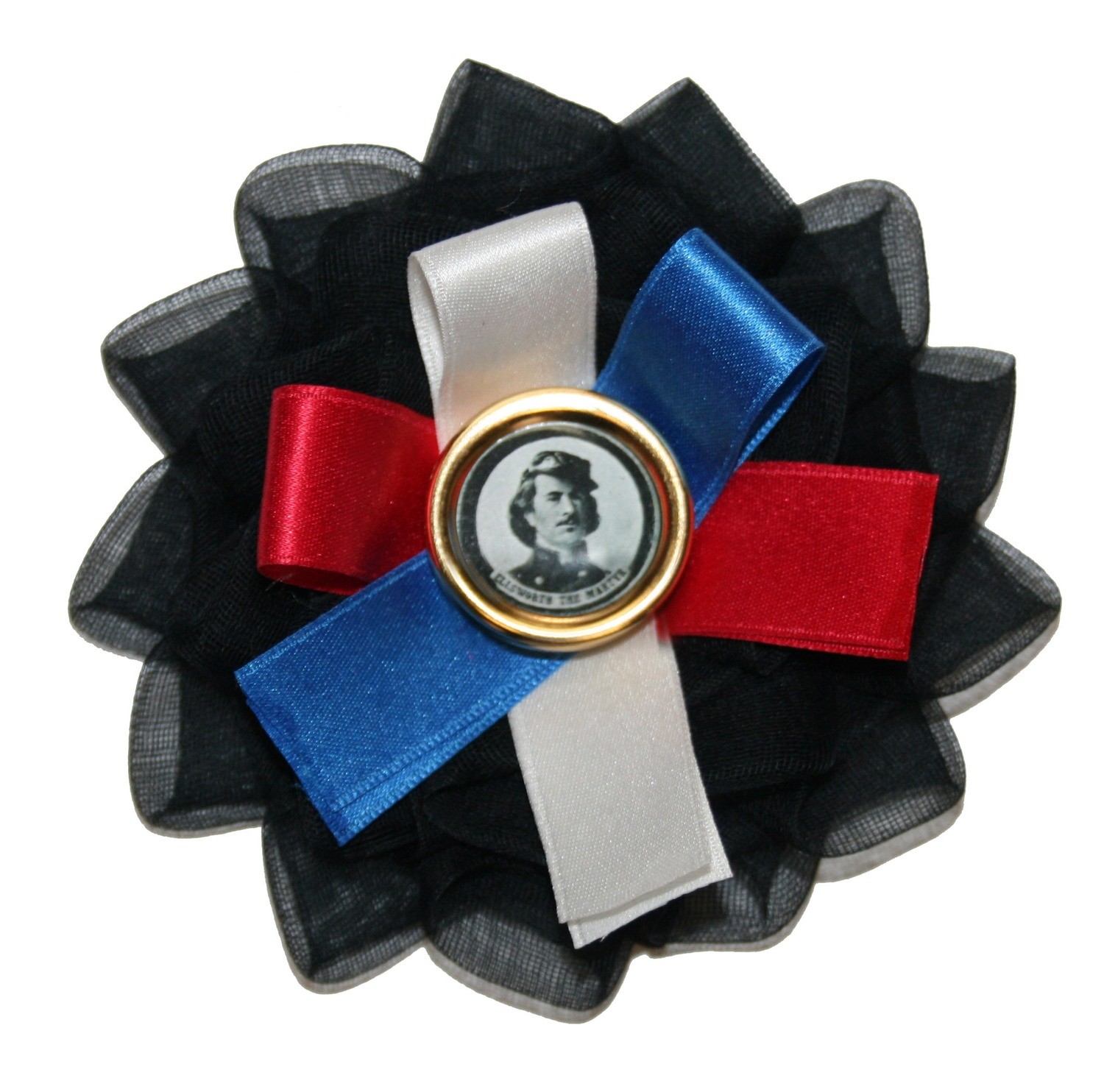 A reproduction of an original mourning cockade! Sheer silk organza and silk satin ribbon combined with a repro tintype button!

An award-winning drill master, Colonel Ellsworth raised and commanded the 11th New York, also known as the Fire Zouaves, at the outbreak of the Civil War. He was formerly a law clerk in the offices of Abraham Lincoln, and remained Lincoln's friend to the end of his life.

History remembers him, though, for another reason. As Ellsworth was leading his men in Alexandria, Virginia, he saw a Confederate flag flying over an inn. Patriotic fervor led him to go up and cut down the flag. As Ellsworth descended the stairs, the innkeeper shot him dead. This was one of the first casualties of the war and a wave of national mourning ensued. His body lay in state at the White House before he was buried in New York.