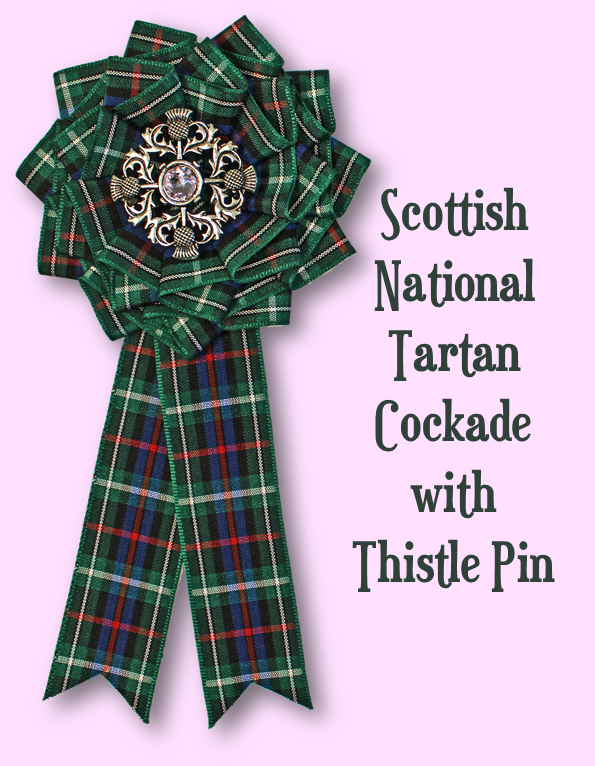 Celebrate your Scottish spirit with this stunning cockade! The thistle is a removable pin and can be worn separately.

The Scottish National Tartan was launched on St Andrew's Day 1993. It is a modification of the ancient Black Watch and Campbell tartans.

The thistle was adopted as the Emblem of Scotland during the reign of Alexander III (1249 -1286). Legend has it that an army of King Haakon of Norway, intent on conquering the Scots, landed at the Coast of Largs at night to surprise the sleeping Scottish Clansmen. In order to move more stealthily under the cover of darkness the Norsemen removed their footwear. As they drew near to the Scots, one of Haakon's men unfortunately stepped on a spiny little thistle and shrieked out in pain, alerting the Clansmen of the advancing Norsemen. Needless to say, the Scots won the day!
Save this product for later