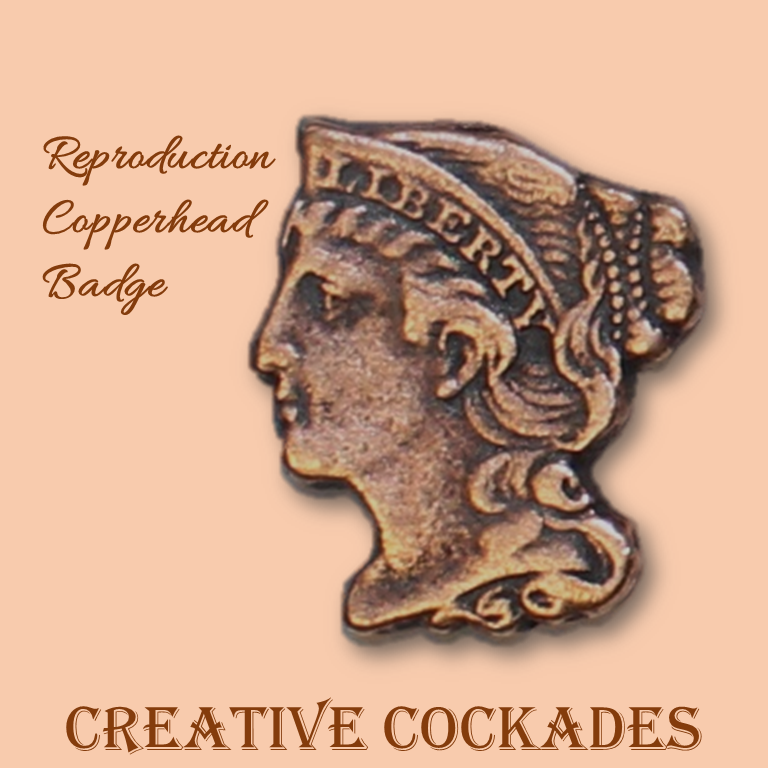 A painstakingly accurate recreation of historic Copperhead badges! Copper-plated with a handy clutch pin back so you don't lose it.

THE STORY OF THE BADGE
Both men and women wore Copperhead badges in the 1860s. The Dayton (Ohio) Daily Empire described them. "The 'Copperhead' emblem, or 'Badge of Liberty,' 'mark it well,' is made of the head of the Goddess of Liberty, cut from a copper cent, with the word 'Liberty' stamped across the top of the cap."

TO GET THE COPPERHEAD BADGE INFO PACK, CLICK HERE.