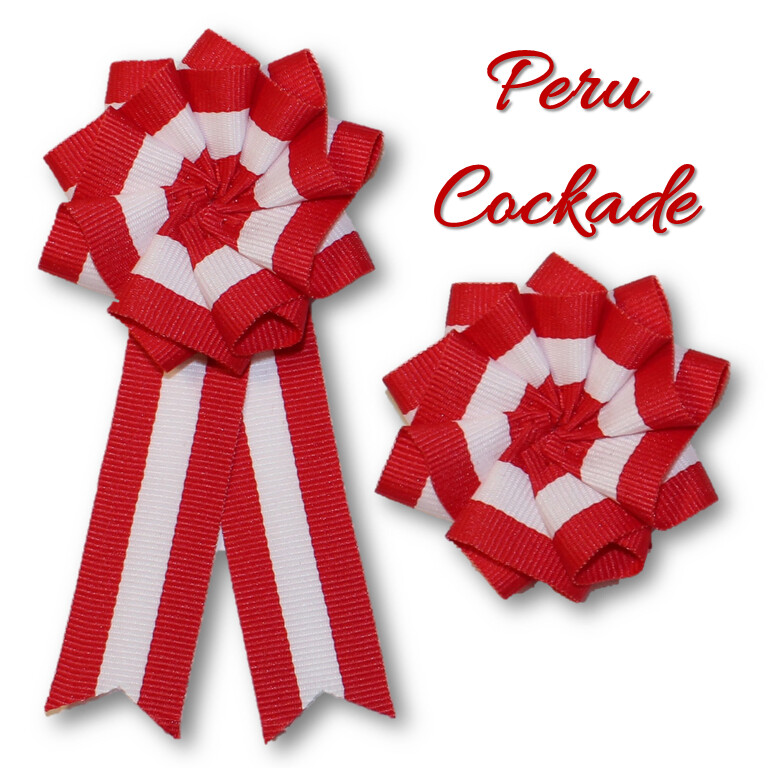 This stunning cockade is approximately 2.5" across and comes with a silver-plated pin back.

July 28 is Peru's Independence Day in commemoration of José de San Martín's Declaration of Independence in 1821. The first flag of the Republic of Peru was officially created by General José de San Martín,on October 21, 1820. It's main colors were red and white.
Opinions vary on the symbolism of the colors. Some say San Martín took the red from the flag of Chile and the white from the flag of Argentina, recognizing the heritage of the men of the liberation army. Others believe San Martín reached into Peru's European heritage, bringing red and white from Castile and Burgundy, and red from Spain. Red was also in the royal symbol of the Inca kings.
Simón Bolivar's administration officially decreed a version of the flag from which the modern design is taken, and also established the national cockade on February 25, 1825. The fifth article of the Decree Issued by Simón Bolívar, and endorsed by his minister Hipólito Unánue on February 25, 1825, states the following: "The cockade shall be white and red, interpolated."
Save this product for later