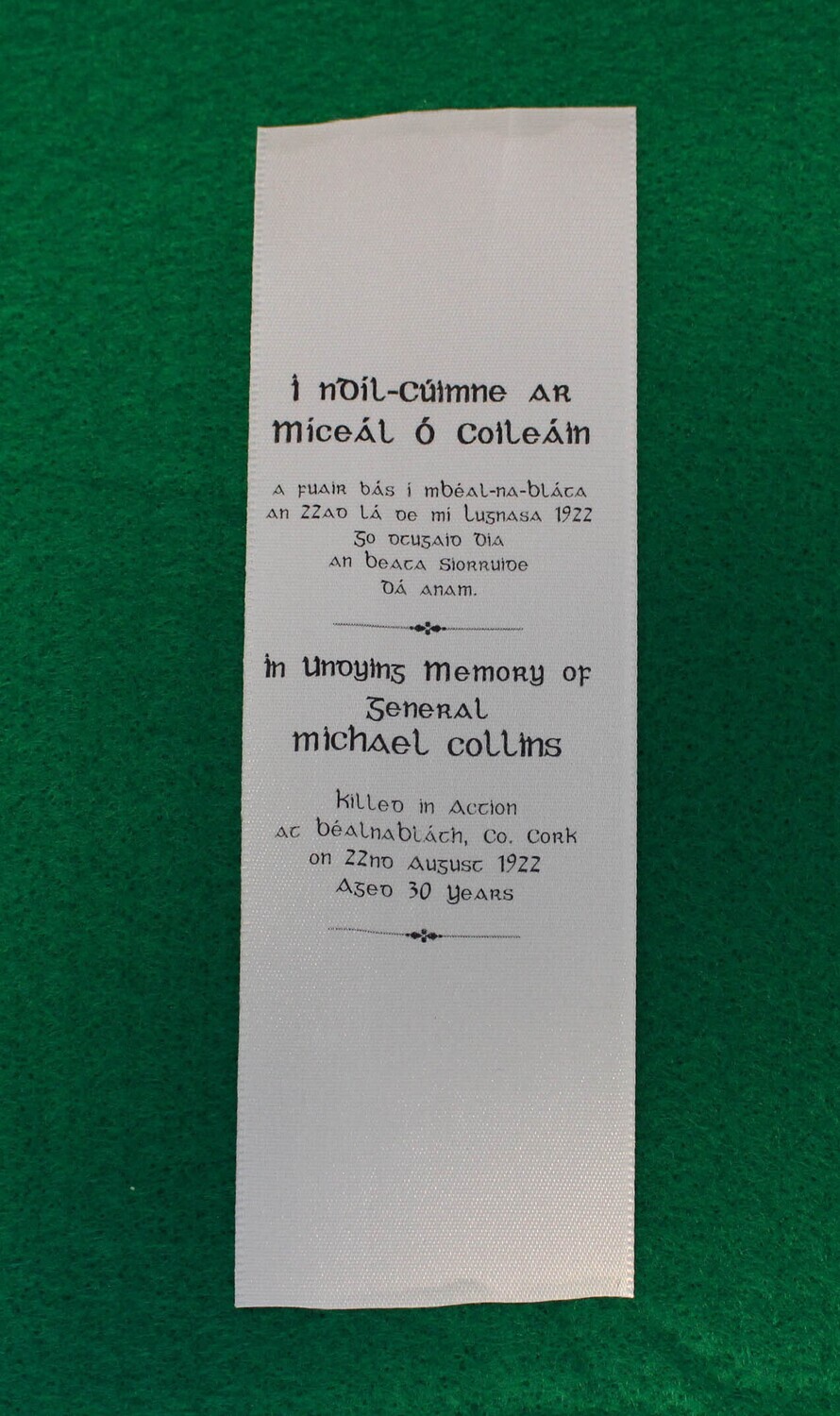 This ribbon commemorates the life of Michael Collins. Approximately 2" wide by 6" long.