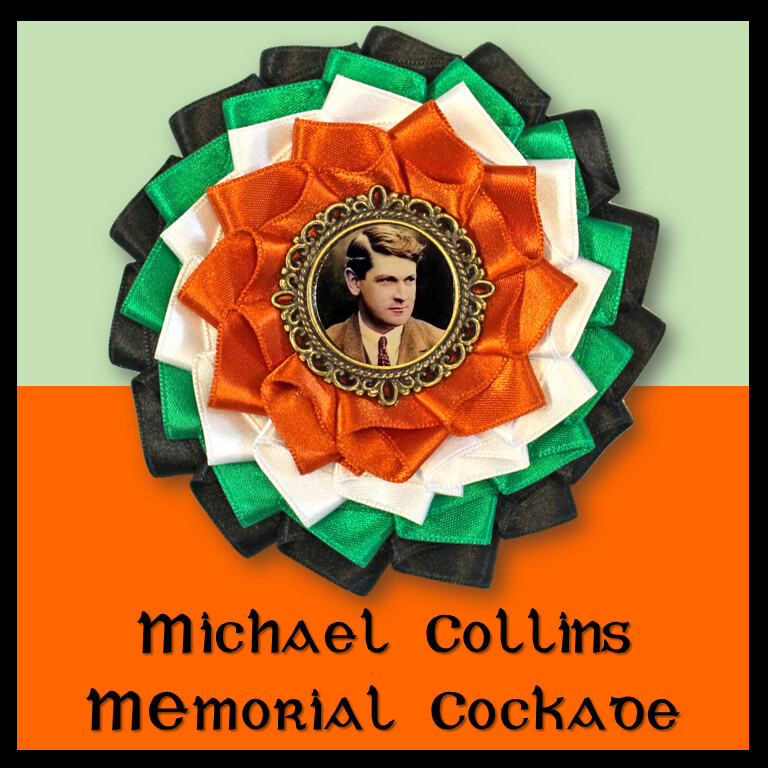 This beautiful cockade commemorates the life of Michael Collins. Outlined in black for mourning, it is made from beautiful green, white and orange ribbon. Approximately 3" (7cm) across. Comes with a silver-plated pin back.