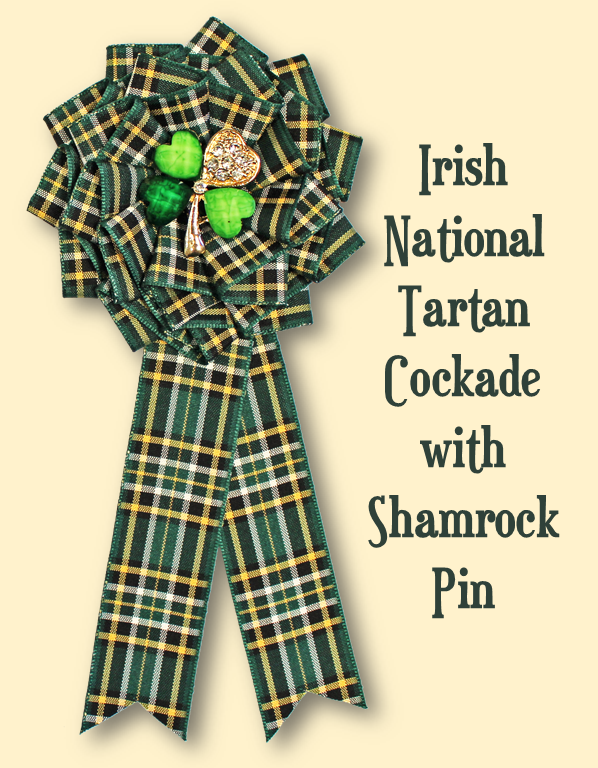 Celebrate your Irish spirit with this stunning cockade! The shamrock is a removable pin and can be worn separately.

Irish national tartans were first introduced as a symbol of Gaelic tradition during the rise of Irish nationalism and as a response to the ongoing anglicization of Ireland. This tartan was launched in 1996.
The shamrock has been identified with Ireland for centuries, as many believe it to have been used by St. Patrick in his missionary endeavors to that country in the 5th century. He used the three leaves of the shamrock to illustrate the three persons of the Trinity: Father, Son and Holy Spirit. The tradition of wearing Shamrock on St. Patrick’s Day can be traced back to the early 1700’s.