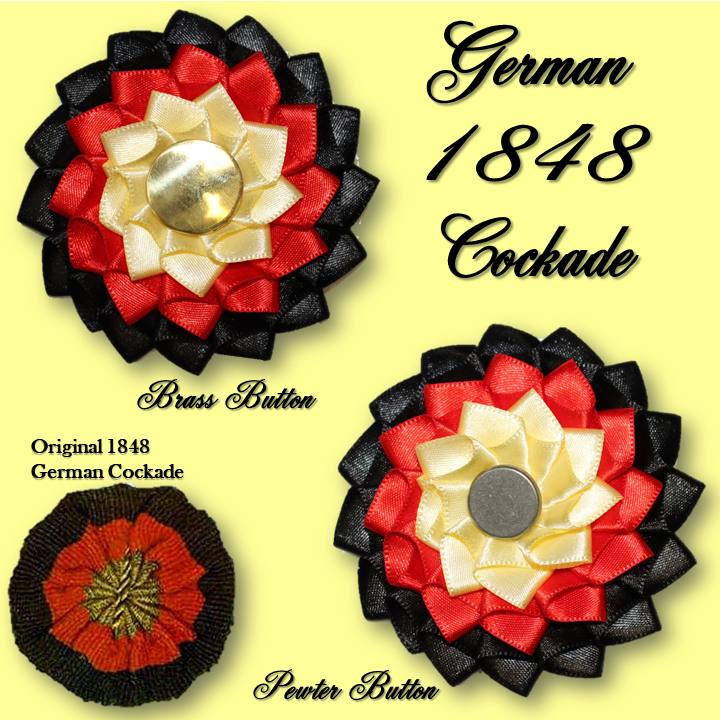 "After the German war of liberation in 1813, a national cockade of black, red, and gold came into general use, and was afterwards assumed by the military and by officials. The wearing of these German cockades was prohibited in 1832, by a resolution of the German Diet; but in 1848 they were again introduced, not only by patriots as a badge of German union, but into the armies." - Chambers Encyclopedia, 1870