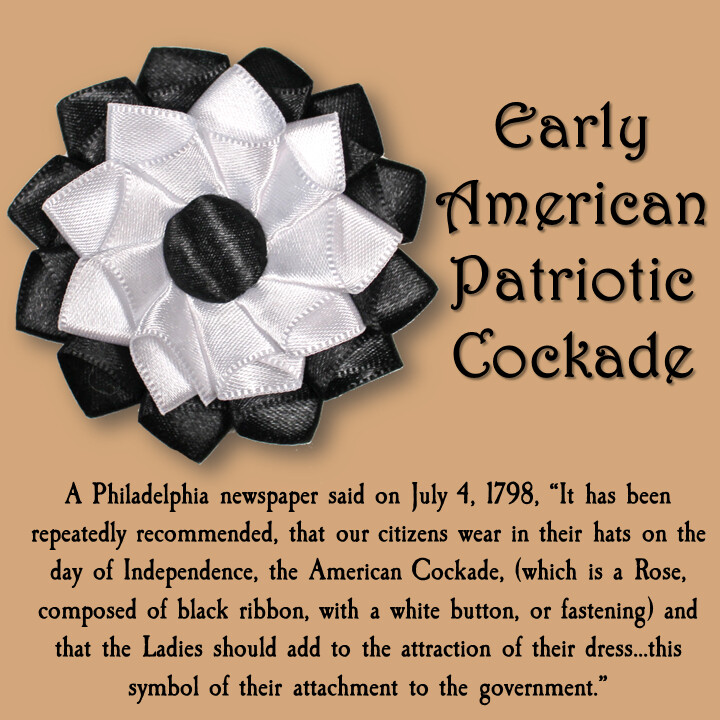 Perfect for 1780s through the War of 1812! This cockade is approximately 2.5" wide and comes with an optional silver-plated pinback.

The national cockade of France was white. Traditionally, Americans had worn black cockades. In 1780, as a symbol of the two nations’ alliance, General George Washington established that the American military cockade would be an Alliance Cockade – black with a white center. Many of the French troops likewise wore an Alliance Cockade of white with a black center.

A Philadelphia newspaper said on July 4, 1798, "It has been repeatedly recommended, that our citizens wear in their hats on the day of Independence, the American Cockade, (which is a Rose, composed of black ribbon, with a white button, or fastening) and that the Ladies should add to the attraction of their dress...this symbol of their attachment to the government."