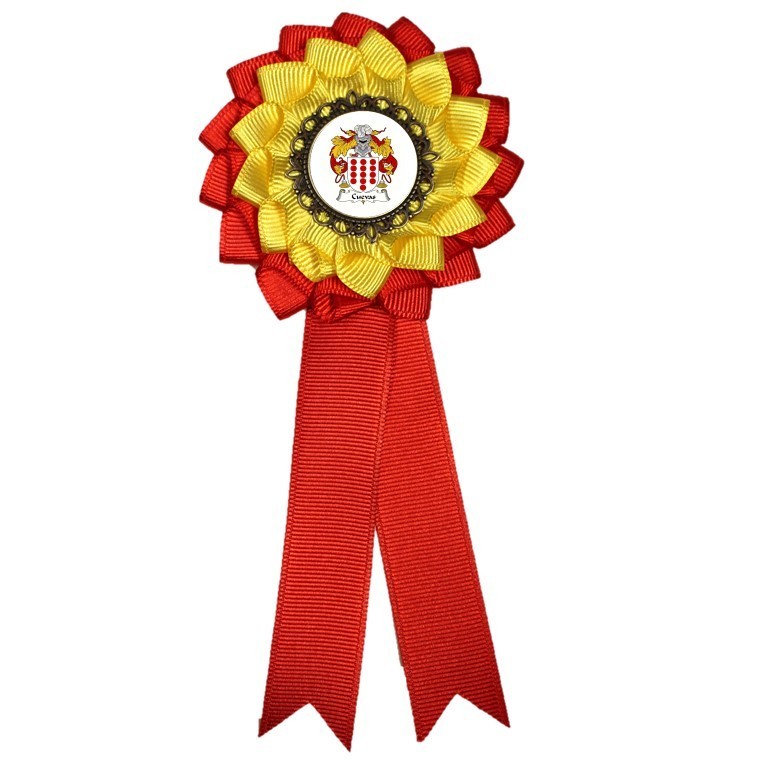 This beautiful red and yellow cockade features the Cuevas Family crest. The rosette is approximately 3" across. It comes with a silver-plated pin back.

During the War of 1812, the old lighthouse keeper Juan De Cuevas warded off the British from attacking New Orleans, thus allowing General Andrew Jackson time to raise an army. Cuevas was awarded ownership of the island and named "The Hero of Cat Island".