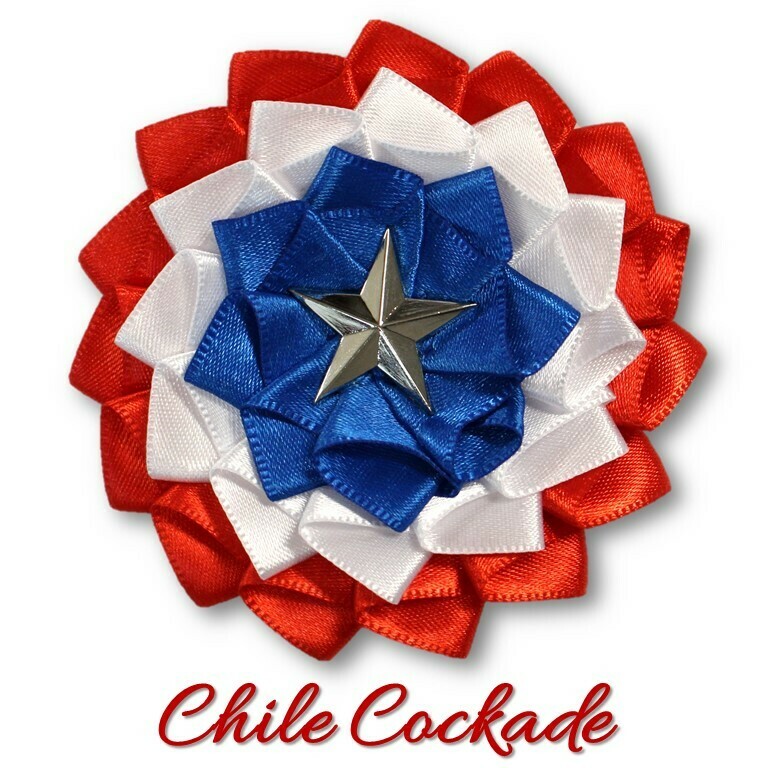 This stunning cockade is approximately 3" across and comes with a silver-plated pin back.

During Chile's period of colonization by Spain in the 1600-1700s, the red Spanish cockade was the national emblem. In 1808, Napoleon installed his brother as the king of Spain, which eventually brought about a freedom movement in Chile. The nation was proclaimed an autonomous republic under Spain's protection in 1810. In 1812, a new tricolor cockade was created of white, blue and yellow. As a struggle for power continued for the next five years, the cockade went back and forth from the Spanish red to the Chilean tricolor.
Intermittent warfare continued until 1817 when Bernardo O'Higgins and José de San Martín, hero of the Argentine War of Independence, led an army that crossed the Andes into Chile and defeated the royalists once and for all. On February 12, 1818, Chile was proclaimed an independent republic.
At this point a new tricolor cockade was created of red, white and blue. In the early 20th century, a star was added in the blue center of the cockade to match the national flag.
Save this product for later
Display prices in: USD