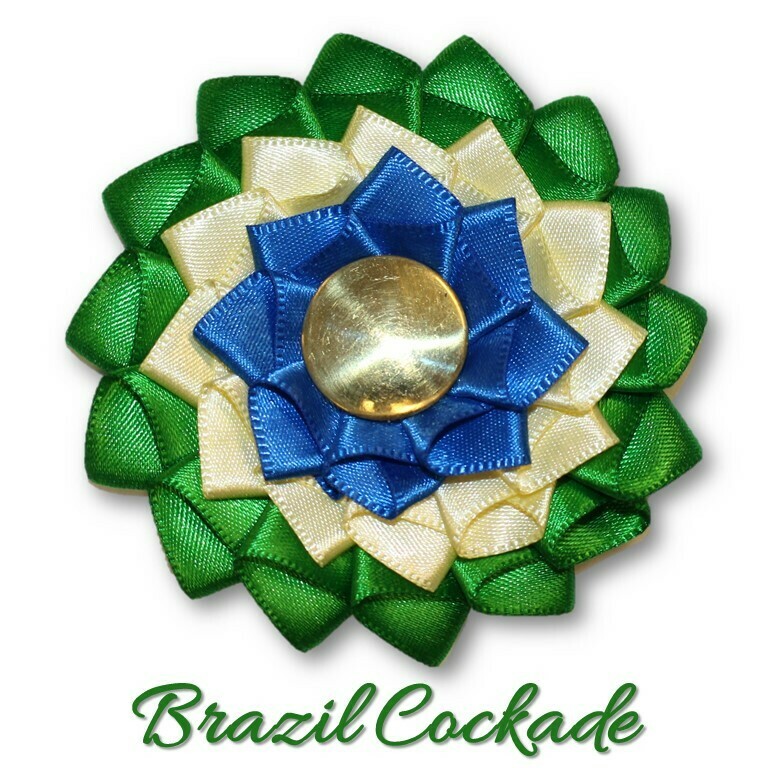 This lovely cockade is approximately 3" across and comes with a silver-plated pin back.

Brazil’s national cockade draws from its Portuguese history. On September 7, 1822, the country declared its independence from Portugal and became Empire of Brazil. The traditional symbol and crest of the House of Braganza is a green dragon, representing Saint George, patron saint of Portugal. Pedro I, of the House of Braganza, was Brazil’s first emperor. His wife, Maria Leopoldina, brought the color gold from the House of Habsburg. Thus, green and gold became the national colors.
A military coup in 1889 established the First Brazilian Republic. In order to keep a feeling of stability to the new regime, the old colors and flag were kept with slight modifications, including the addition of the color blue. So modern Brazilian cockades are green, yellow and blue.
Save this product for later
Display prices in: USD