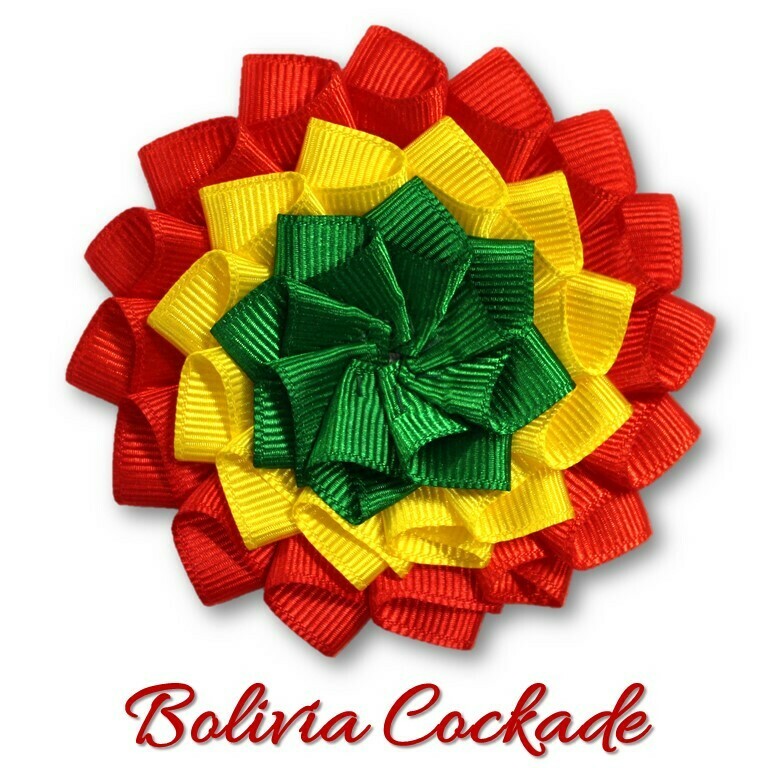 This gorgeous cockade is approximately 3" across and comes with a silver-plated pin back.

The Bolivian Republic was proclaimed on August 6, 1825 after 16 years of war. The General Assembly declared [loose translation]: The cockade that the citizens of the Republic will carry will be bicolor, like their flags, that is red between green and a star of gold color in the center. - General Assembly of the Bolivar Republic, Decree, August 17, 1825


The cockade underwent a number of design changes over the years, always keeping the same color scheme of red, yellow and green. The Supreme Decree of 1888 during the government of President Gregorio Pacheco stated that red represents the blood shed by heroes for the birth and preservation of the Republic, yellow represents wealth and resources, and green represents the wealth of nature and hope as a principles of Bolivian society.