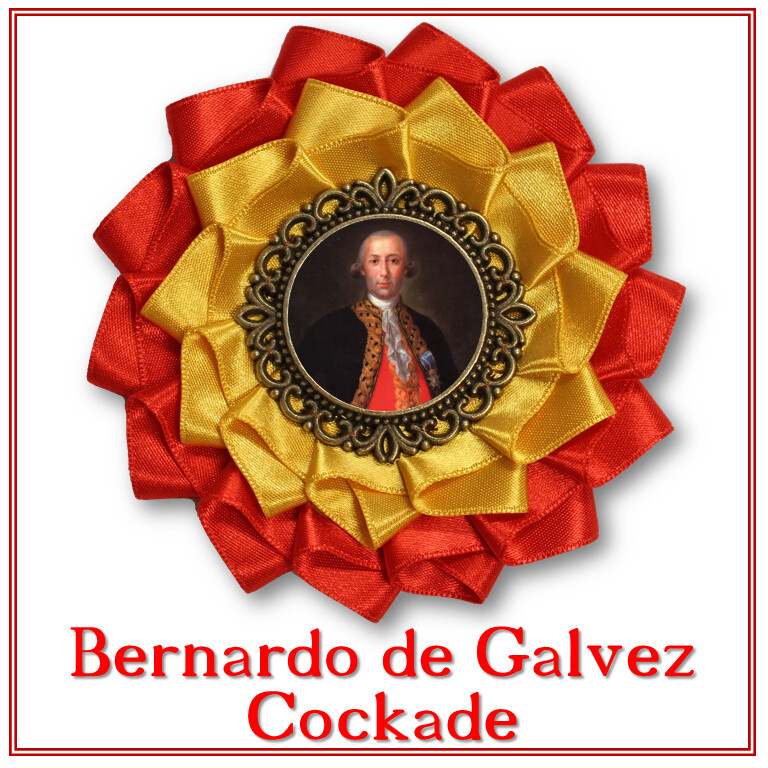 Honor America's Spanish heritage with this beautiful cockade! Approximately 3" across, it is perfect for your lapel, hat, or as an ornament! Choose your color and the silver-plated pin back or the ornament loop.

**Order 5 or more at a time, and receive a discount of $5 off each cockade! Discount taken automatically at checkout.

Bernardo Vicente de Gálvez y Madrid, 1st Viscount of Galveston, 1st Count of Gálvez (1746 –1786) was a Spanish military leader and colonial administrator who served as colonial governor of Spanish Louisiana and Cuba, and later as Viceroy of New Spain.

Gálvez aided France and the newly formed United States in the international war against Britain, defeating the British at the siege of Pensacola (1781) and conquering West Florida. The city of Galveston, Texas, was named after him. Gálvez is one of only eight people to have been awarded honorary United States citizenship.